The name Chhattisgarh was derived from the literal translation of “thirty-six forts,” which was formerly applied to the territory of the Haihaya dynasty of Ratanpur. Being the capital city of Chhattisgarh, one would be led to believe that property in Raipur must be unaffordable but the reality is a stark contrast to this statement.

If one were to search for property for sale in Raipur, the results would throw up several real estate company portals listing the same at prices that are affordable to the masses. Even if one were to look for commercial property investment, the search engine result pages would be filled with lucrative opportunities for even a start-up to invest in. Though a commercial space would attract commercial tax, the return on investment alone makes for a smart investment. 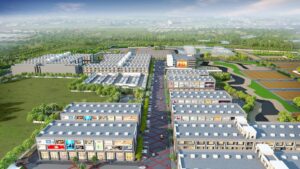 From the Dudhadhari Math temple to the Vivekananda Sarovar Lake, the  226 km² city is most famous for its highly significant and prominent steel market and industrial center. Being voted one of the 10 cleanest cities in India, Raipur was named the rice bowl of India owing to the extensive cultivation of the crop. Little quirks like these make Raipur a quaint little city that close to twelve lakh people call home.

Real estate company portals list a wide range of property for sale in Raipur that attract a lot of commercial property investment owing to the attractive price of the units. Since Raipur has a major steel market that caters to the industrial centers, the cost of construction of commercial as well as residential structures takes a dive. This combination of steel and industries helps boost the local economy while reducing the cost of raw materials used in the construction of property in Raipur.

The state of Chhattisgarh was ranked on the sixth position in the ‘Ease of doing Business’ rankings in 2020. Being an industrially inclined city, the real estate sector mainly caters to the working of these industries. Raipur has grown as the most favored destination for residential as well as commercial real estate. 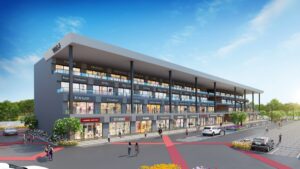 The state government’s aggressive policies are attracting lucrative business investments that are creating a conducive ecosystem for innovative thinking and entrepreneurship with startup policies and programs. Modern office space being constructed in Raipur, around Orissa and Maharashtra are proof of the growing popularity of commercial spaces in the city. The heavy impetus given to industrialization has led to better planning to put it in the contenders spot for the best emerging smart city.

Raipur boasts of being the largest steel market of India and also has a thriving cement and agro-industry. Many reputed developers are redefining the commercial real estate infrastructure of Raipur and are bearing witness to this rapid development that is working at attracting them from all over the country. Sarda Group’s Shriram Business Park is set to be a beacon of hope to take Raipurs commercial spaces to the next level.

No comments to show.